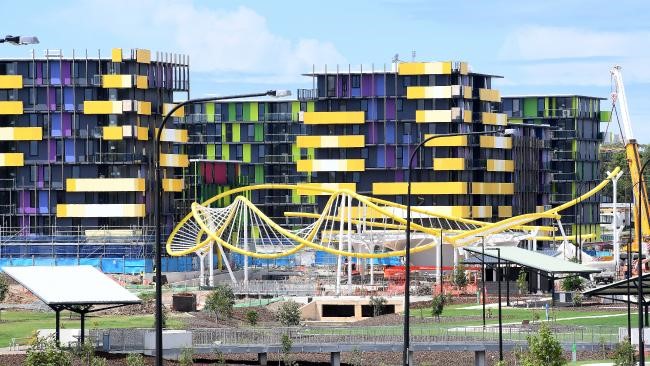 The Australian’s Roseanne Barrett reports the Gold Coast Commonwealth Games preparations have helped to boost property prices. This is expected to have a lasting effect as we continue to see a lift in Gold Coast land values.

PRD Nationwide reported $2.4 billion worth of new and ­upgraded infrastructure in the city, as well as boosted tourism numbers, would help to raise the median price of properties, according to the 2018 Commonwealth Games Residential Property Impact Report.

“You’re pretty much renewing the whole city … because you’re upgrading the roads, the infrastructure, you’re building new stadiums and generally cleaning up the place,” she said.

The report found the suburb of Ashmore, inland from Southport and Surfers Paradise where the light rail has been extended, had price growth of 12.4 per cent for houses and 4.9 per cent for units with strong demand from southern buyers.

In the northern suburb of Coomera, units have grown by an average of 33.5 per cent and the annual median price growth for the suburb was 6.8 per cent.

After Melbourne played host to the 2006 Commonwealth Games, the athletes ­village was transformed into 1000 dwellings. Sales transactions jumped 33 per cent the year after the Games and the median house price increased 11.4 per cent, the report said.

In Sydney following the 2000 Olympics, the former athletes village was converted to almost 900 townhouses and 700 apartments, which caused a spike in transaction numbers the following year.

Ms Mardiasmo said the interstate examples showed an increase in transaction volumes as well as prices. “For that to happen two to three years after the Games, is a pretty good track record,” she said.

Grocon has developed the $501 million Parklands Gold Coast Village as the athletes village, which will be transformed into 1250 ­apartments, an attractive residential hub, central to everything the Gold Coast has to offer. Confidence in the property market on the Gold Coast is certainly expected to have a lasting effect post games, Gold Coast land is and will continue to be in high demand.