Coomera, Mermaid Beach and Southport set to boom in next two years 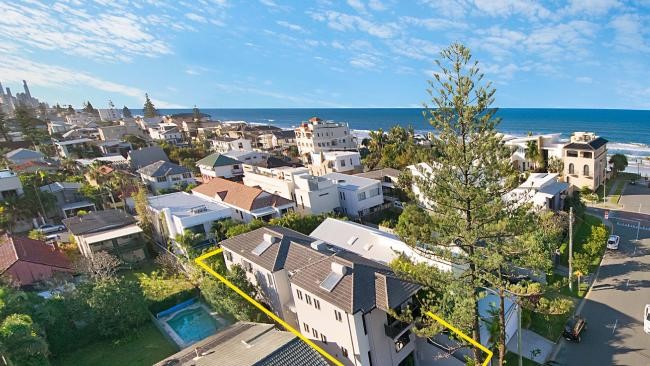 GOLD Coast suburbs, including Coomera, Mermaid Beach and Southport, have been tipped as the property market’s star performers in the next two years.

That’s according to a new report by NAB, which suggests Queensland and Victoria will provide the best capital returns nationwide.

“What we were asking was if you’re in the market and you’re in that area of Queensland, where would you put your money?” Mr Oster said.

“What we’re seeing as a bank is there is quite strong growth, particularly in northern Sydney but also in Brisbane and essentially southeast Queensland — that’s the Gold Coast and Noosa,” he said.

REIQ Gold Coast zone chairman John Newlands said he was not surprised to see Mermaid Beach, Coomera and Southport as the standout suburbs.

He said Mermaid Beach was popular because of a shortage of beachside properties while Coomera and Southport’s predicted success was due to being part of growth corridors.

“For Mermaid Beach, it gets down to supply and demand,” Mr Newlands said.

“More people are wanting to be there which pushes property prices to grow.

“There’s a nice part of the beach there and there’s lot of growth with gourmet restaurants.

“It’s a unique part of the Gold Coast and people like it.”

Mermaid Beach is tipped as one of the market’s star performers for the future.

“You’ve got all the schools and it’s an affordable area,” he said.

“Southport is the same — there’s a lot of older homes but the geography of Southport is very well located to the Broadwater Parklands and it’s close to Surfers Paradise and Main Beach.”

The NAB report also ­expects housing construction to remain strong around the country, especially for ­apartments, given the level of housing projects in the pipeline.