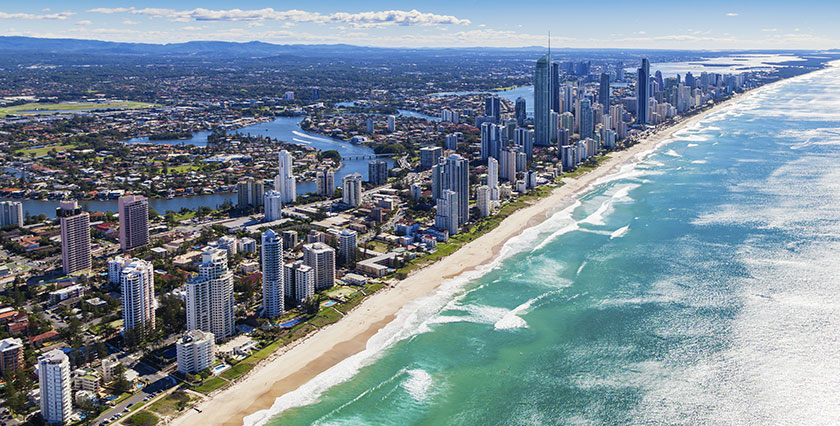 THE Gold Coast property market is firing with median house prices hitting a record-high of $600,000.

This outdoes Brisbane by $85,000 and is just $25,500 short of Melbourne’s median price. Sydney’s median house price continues to outweigh every city in the country coming in at $905,000.

Hitting a median house price of $600,000 is a major milestone for the Coast according to REIQ Gold Coast zone chairman John Newlands, who previously predicted the record high.

“A lot of the focus was on the Sydney and Melbourne house markets over the past three years and that is now flowing through to people who realise there is value here.”

Newlands says population growth and employment are the driving forces behind the increase.

“I don’t see a boom bust situation as our population is growing and other industries apart from tourism and building are thriving,” he said.

“I think there’s another good 10 to 20 per cent increase to go. We’re still reasonably cheap for what we’ve got to offer here.”

Core Logic research analyst Cameron Kusher said further growth was expected on the Gold Coast this year driven by cashed-up interstate buyers who have equity in their properties and are drawn to holiday homes on the Gold Coast.

“We’re seeing growth coming back to the Gold Coast market and that’s been the trend for the past few year, we are also seeing demand from the investment market out of Sydney and Melbourne,” Mr Kusher said.

“There’s still a lot of affordable houses on the Gold Coast — suburbs like Coomera — north of the Coast where there has been a lot of development.”

Mr Newlands said getting into the Gold Coast property market was still achievable and encouraged first homebuyers to do their research.

Harcourts Coastal director Dane Atherton predicted the median house price would increase by more than nine per cent this year.

“I would say get into the market now because this time next year we will be saying it has gone up again,” Mr Atherton said.

Kendra Miller-Sherley says her family is fortunate to have bought their property when they did.

Kendra Miller-Sherley, pictured with her children Taya and Kade Miller, says she feels fortunate to have bought in Palm Beach when she did. Photo: David Clark

On reflection, the mother-of-two said the pair was extremely happy to have bought in Palm Beach when they did.

“We really tossed up at the time of buying this place whether to go to Elanora or Currumbin where we could have got a bigger property that was completely ready to move in to,” she said.

“But the proximity to the beach, parks and everything else we get here outweighed the other suburbs at the time.

“Given the increases in Gold Coast house prices we are super happy we got in when we did.”