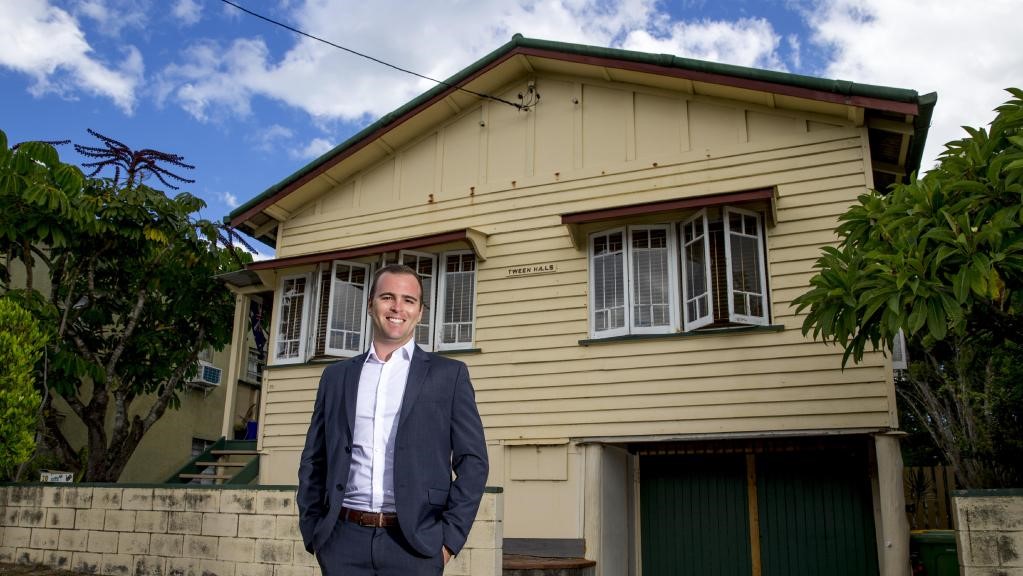 Who says property is not a sound investment, in particular gold coast property? This GOLD Coast beachside shack, on the market after 46 years with one owner, is expected to fetch a seven-digit dollar figure at auction next month.

The home is likely to attract plenty of buyer interest and a high sale price – given that it’s now nearly impossible to find a house east of the Gold Coast Highway for less than a $1 million.

Ray White’s Troy Fitzgerald, who is taking the Miami property to auction on April 1, said the suburb was “a little bit understated”.

“That pocket has got a lot of growth still,” he said. “It is the first of that type of property to be on the market in years, and it’s going to set a bit of a benchmark on other properties in the area.”

The two-bedroom Miami shack hasn’t changed much. This photo was taken around 1971.

Brisbane-based vendors Gweneth and George Dean bought the Miami property in 1971 for $6500. The two-bedroom weatherboard house was built in the 1930s, and sits on a 536sq m block, just 200m from the beach.

The Dean’s bought this Gold Coast property purely as an investment. “During the 1971 Christmas break I happened to see a property in Riviera Rd, Miami, advertised for $6500 which I felt was worth investigating.” Mrs Dean said.

Mrs Dean said their family used to visit Burleigh Heads fortnightly and were initially attracted to the vibe of the area.

“Burleigh was always a very family orientated area,” she said. “It got to a stage where we looked upon ourselves as being half local. You knew every second person you’d meet along the street.”

But she said the demographic had now changed with new developments and a younger crowd moving in. “It’s now probably more tourist orientated and there’s very few of the older residents left.” she said.

Since they bought 20 Riviera Rd, the Deans have only painted the Gold Coast property. “The present tenant has been there since 2004,” Ms Dean said. “We have never lost a week’s rent in that time.”

Mrs Dean acknowledged the property might be snapped up by developers due to its medium-density zoning and proximity to the beach. “We assumed that might happen and that’s one of the reasons we didn’t do a lot of work on it,” she said.

The expected sale price of this beach shack equates to its value doubling every 6.5 years, a total of 7 times, over the past 46 years, at approximately $20,000 per year. It begs the question, what will be its value in the next 6-7 years and alas the Gold Coast is on the cusp of a property boom.